In many respects, the Hellenistic period shares some features with the global tendencies of modern world: the hegemony of one or two communication languages (Greek and Latin – today: English); lively commercial and cultural contacts across huge geographical space (Mediteranean – today: global); intermingling of philosophical and religious movements. The religious world of the Old Testament is, at this time, organically transformed into the early Judaism with Hellenistic elements (the Alexandrian diaspora; deuterocanonical books of the Old Testament; apocalypticism; Jewish philosophy; etc.). The traditional philosophy of Antiquity is also enriched, at this time, by new impulses (Middle Platonism, Stoicism, mystery cults). In this context, the Christianity evolves. For all these reasons, the study of Hellenism becomes topical from the international point of view today. The project is dedicated especially to Hellenistic and early Christian literature and to its fascinating testimony to multi-layered, harmonical as well as polemical, dialogue (Gnosis; Philo of Alexandria, Pliny the Younger, Justin the Martyr etc.). The main methodological advantage of this project can be seen in the efforts to overcome the separation of biblical studies from the classical scholarship devoted to the literature of Antiquity. This is mirrored by the thematic focus of the international conference that was held in Prague in 2019, as well as of the planned publications in scholarly journals and of the encyclopaedic project itself.

THE LIBRARY OF EARLY CHRISTIAN LITERATURE

Early Christian writings (often treated in the introductory sections of patristics) are usually divided into apocryphal writings, apologetic treatises, works of the Apostolic Fathers and of the Church Fathers; the limits between these groups may be fluid and do not match boundaries between genres. In the second half of the 20th century, when the humanities were under strict ideological control of the state in the Czech lands, the old Christian texts remained on the periphery of interest and attention was paid to them almost exclusively by religious circles. Now we make them accessible to wider Czech public (some of them for the first time) in modern translations from Greek, Latin and other languages, equipped with detailed commentaries aiming especially at setting them in the context of contemporary ancient literature. The texts are published especially in the series The Library of Early Christian Literature (Vyšehrad publishing house) and in the Library of Early Christian Tradition (OIKOYMENH publishing house, with dr. Petr Kitzler as the principal editor, since 2019 along with dr. Jana Plátová).

Collaborations on Projects Run by Other Institutions

NAG HAMMADI MANUSCRIPTS. The volumes of the book series “Library of Early Christian Texts” (Vyšehrad publishing house), published since 2008, present commented Czech translations of texts created in a mostly gnostic environment and discovered in Egypt. The project is carried out in collaboration with the Czech Institute of Egyptology at the Charles University, Prague, the representative of the Centre is Mgr. Bc. Radka Fialová, Ph. D.

THE MANUAL BY J. A. COMENIUS. A little-known Biblical paraphrase, compiled from the Kralice translation by the bishop of the Unity of the Brethren, who is known today rather for his pedagogical writings. The project is directed by dr. Jiří Beneš, the planned output is a commented edition.

LETTERS OF IGNATIUS OF ANTIOCH IN TWO VERSIONS. The standard collection of seven authentic letters by Ignatius of Antioch (2nd c. CE) was later expanded by an anonymous author who also enriched it by adding independent exegetical and dogmatical emphases (the so-called expanded version from 4th c. CE). The planned outputs are confrontational studies with special reference to the Bible as a firm reference base of the Ignatiana, and later the synoptical edition of both versions. Investigator: Mgr. Jan A. Dus, Th.D.

SIBYLLINE ORACLES. The extensive collection of Judeo-Christian oracles written in Greek hexameter and edited repeatedly during the 4th-7th c. CE contains many older traditions and references to the Bible as well as to ancient mythology. The planned output is a commented Czech translation of last four books (XI-XIV) which have not been translated into Czech yet. Investigator: Mgr. Jan A. Dus, Th.D.

TERTULLIAN'S THEOLOGICAL ANTHROPOLOGY AND HIS DOCTRINE OF THE SOUL. Tertullian of Carthage (3rd c. CE), one of the oldest Christian authors to write in Latin, is also the author of the oldest extant Christian treatise On the Soul (De anima). Besides partial studies, the planned output of the project is the first Czech commented translation of this extensive treatise.  Investigator: PhDr. Petr Kitzler, Ph.D., DSc.

The survey of Czech translations of the so-called "New Testament Apocrypha" aims at harmonizing the nomenclature, based on the authoritative Clavis Apocryphorum Novi Testamenti (Brepols publishing house). More information here.

Involvement in the Strategy AV 21

THE CENTRE OF EXCELLENCE “HISTORY AND INTERPRETATION OF BIBLE” (CSF grant no. P401/12/G168; 2012–2018)
Five institutions and some tens of scholars have joined their efforts in this extensive project supported by the Czech Science Foundation (for more details click here). The following researchers of the Department collaborated on this project: doc. Josef Bartoň, dr. Jiří Beneš, dr. Robert Dittmann, dr. Jan A. Dus, Mgr. Radka Fialová, doc. Jiří Hoblík a dr. Petr Kitzler.

GRACE IN EARLY CHRISTIAN THEOLOGY (2004–2016)
In an extensive set of studies, printed first in three separate volumes in Czech and then in one volume in German, the theological theme of grace is presented from the points of view of various ancient authors. The project was co-organised with the Centre for Patristic, Medieval and Renaissance Texts. Dr. Jan A. Dus and dr. Petr Kitzler took part in the project.

MARTYROLOGICAL LITERATURE (2009–2015)
A commented Czech translation of the oldest testimonies about Christian martyrs. The project was co-organised with the Centre for Patristic, Medieval and Renaissance Texts and was directed by Petr Kitzler. 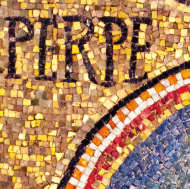